The Value Of MVPs In App Development

Dropbox, Airbnb, Uber, Foursquare, Buffer, Instagram, Spotify – distinct markets and target audience, yet there is one connecting link across all of these. They all are the result of successful MVPs.

Dropbox first launched as an MVP, with only one website page that explained the working of the software and a download link for desktop or smartphone.

Foursquare's founders invested their efforts more towards stripping down the features to check-ins and gamification to fathom user feedback.

Airbnb happened through an incidental conference where the founders decided to offer cheap accommodation for participants and uploaded images on their website.

What service are you looking for?

Choose us as per your convenience, time and Project!!!

These stories of some fine MVPs are definitely inspiring pieces that brought them to prominence today. Building an app can be a risky investment for a business. Yet, even if you thoroughly research your app idea, there are still high chances that it will end up with disappointing download and retention rates. This is why it's essential to approach the concept with care.

The point of an MVP is not to create leaner products, but to provide the most basic version of an app to the earliest adopters and users. Building an MVP has several plus sides, as it enables developers only to develop minimum but the most essential features. Before we move ahead to discuss how valuable can MVPs prove to be, here are some significant benefits of creating one: 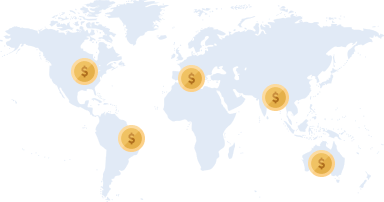 The main idea of an MVP is not to focus on secondary features or things that are not important. It only targets capturing the primary idea and critical elements. Hence, the ideology of a Lean startup benefits from the MVP approach, which concentrates on the essentials and not extraneous details. Lean startups are at the lowest risk phase. Companies have been using this strategy to minimize their financial risks.

An MVP approach is a cornerstone of the Lean Startup ideology, which generally starts with a lower budget and reasonable time frame. Thus, even though it might look like an MVP is a half-hearted effort, it gives the business owners a core idea of the market. Those who believe in the concept, from users to investors, would be there to assist in filling the gaps.

Below are some prominent examples of the brands that built an MVP before their official product and found immense success. We have also gathered the lessons derived from these examples to map out a solidified guidance for your next MVP by making informed decisions:

Subcribe To Our News Letter 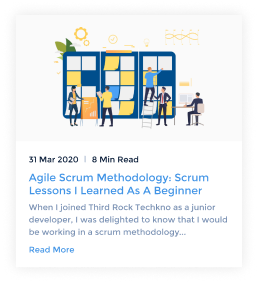 Breaking Down the Product's Purpose

You need to identify a problem present in your market and create an app that solves it. If you do, you'll have a product people are dying to get their hands on. An MVP would be the best way to start, which will provide you with more information about your end-users and the niche you're entering. Further, it will set the stage for future updates to your product. This way, you can break down the purpose of your product according to the following questions:

How Uber did it

Uber was UberCab in 2010 when it launched the beta version with no fancy features or explanation regarding its value and the service it provides. Yet, it gives a basic idea of the service to its users. As a convenient replacement for cabs, Uber enabled ordering and paying for a car with a click from their phone. In 2011, it started to rebuild its brand name and core proposition when it dropped the word "Cab" from its name. What began as a luxury only a few could afford is now an entirely different setup.

Getting user feedback on the features that mattered the most helped Uber to stay focused to build upon them. An MVP does precisely the same for business owners by providing insights on features and user feedback, ultimately clarifying the core purpose.

How Businesses Can Leverage On-Demand Apps During Coronavirus Outbreak

Choosing a Suitable Format for MVP

Building an MVP is often a complex process, and decisions need to be made about the format of the product before building one. In some scenarios, creating a working product would be wise. For instance, you have an idea for a new shopping app. There are plenty of those already on the market, many of which are successful. That would be a considerable risk if you decided to go this route, even if you include only the essential features and cut back on others.

React Native is an excellent language to base your MVP development. With React Native's single codebase, businesses can enter multiple markets and provide a top-notch user experience with pre-made UI toolkits. Moreover, it doesn't need much maintenance with a varied range of map libraries for React Native. Hiring React Native developers from a reliable software development company ensure the development process is significantly less expensive and has a shorter time-to-market. Plus, you will find it a lot easier to get your app in front of consumers instead of waiting for approval from Apple or Google. Ultimately, the consumers determine the success of your MVP app.

Build Your Dream Project With The Best in Class Team

We specialise in developing software solutions that maximize ROI without compromising on the quality.

How Buffer did it

In 2009, Buffer's developer Joel Gascoigne wanted to tap into the perceptions of the people. His idea was to provide a planning tool to publish social media posts at regular intervals. Hence, initially, he launched the concept as a landing page to gain user feedback. Soon, he went on to build a full-fledged subscription list that enabled him to capture the market demand. Accordingly, he decided to develop only those features, which led the app to reach 2 million users today.

User personas are an important step before launching a product or service. They help you understand your potential customers and what they want. To create them, start by checking out your competitors. What do they offer? How do they communicate with their clients? What are the must-have features they have that you'll want to include in your project? Separate the necessities from the niceties by organizing your ideas through a prioritization matrix.

The time has come to figure out if what you're selling is desired by consumers. Building an MVP (minimum viable product) is quicker and cheaper, but it isn't guaranteed it won't end up a complete waste of your time and resources. You need to at least confirm that the interest is there and then define it in clear terms before you can move forward. Precisely, determining your target users involves thinking about location.

How Airbnb did it

Airbnb did something quite similar to what Uber did. The hotels didn't have enough rooms to accommodate all the conference participants happening in San Francisco. So, he decided to put air mattresses on rent in his apartment in San Francisco. As he started to get rent money, his mind came up with an idea for the startup. With the growing interest among people in his renting space, the two founders built an MVP called AirBed & Breakfast. From SF, it went to 72 countries worldwide till 2009.

Make the time to take your app out for a test drive. Where you go will depend on what you are looking for. If you want to know how your app is doing with different demographics, specifically in various regions, you should test it in those areas. If you are looking for early feedback, then try it in tech-focused communities or tech incubators.

Regardless of whether you're in the business of building mobile apps or SaaS products, consider using MVPs to protect your clients' investments. MVP is the idea that a product is only as good as it is functional. It's a scaled-back version of a product released to the public in order to test the concept and validate the viability of a product in the market.

But why would a business want to release a less-than-quality product? To validate the concept and see if it's worth developing. At Third Rock Techkno, our developers can be your Most Valuable Player for building an MVP for your next software project. Working closely with the budding and established startups, we help gauge the user interest and finalize the essential features for your app. We have achieved mastery in the art of custom software development, where you can talk to our expert consultants to guide you through the entire roadmap.

Krunal Shah is the CTO and Co-founder at Third Rock Techkno. With extensive experience gained over a decade, Krunal helps his clients build software solutions that stand out in the industry and are lighter on the pocket.

Detailed information about differences between React Native Vs Swift for better business decisions.

The Benefits of Custom Software Development

How to Contract Software Development: Key Things to Include