Top Front-End JavaScript Frameworks to Use in 2020

In this technology-dominated world, it’s only obvious that there is a myriad of programming languages available worldwide. Despite the competition, JavaScript has emerged as the most popular programming language for many years now. The fundamental reason for the success of JavaScript is its versatility and flexibility. Hundreds of JavaScript frameworks and libraries are available for the developers to choose from, for both client-side and server-side projects. To make the decision making easier for you, we have made a list of top JavaScript Frameworks to watch out for in 2020:

After the initial launch in 2010 as Angularjs, this framework has undergone many upgrades in response to the changing trends in the development industry. Angularjs became Angular 2 with its first upgrade in 2016 and Angular 9 was recently released in February 2020.

Owing to its versatile features and component-based structure, this framework developed by Google comfortably sits at the top of the list of preferred JavaScript frameworks. Since Angular apps are built using TypeScript language, developers find it easier to identify and eliminate errors while writing the code or performing maintenance tasks.

Angular is the first choice of app developers when it comes to building single-page applications, for both mobile and desktop.

Started by Facebook in 2011, React has rapidly gained popularity as a comprehensive library for developing dynamic user interfaces.

React too has a component-based structure which makes front end development easier and faster. Because of its DOM programming and efficient server-side rendering, React helps even complex apps run very smoothly. This also has a positive impact on the SEO of web apps. React has an optional syntax extension which enables developers to write their own components.

It doesn’t take long to learn React because it’s based on plain JavaScript and has a well-defined life cycle.

While Angular is supported by a giant like Google and React by Facebook, Vue.js doesn’t have any backing from a strong tech company. It was created and is maintained entirely by the community.

Vue.js has become quite popular because of its flexibility and scalability. You can use it as a library for building UI elements in a project and you can also use it as a full-fledged framework for building an entire project. The main reasons why developers love this framework is the ease of set up and its integration with different languages.

The most distinguishing feature of Vue.js is that it's incredibly lightweight. Its file size is as low as 20 kilobytes so you can set up and start using it

Ember framework provides you with extensive readymade features which means you get the best practices built-in the framework. This enables front end developers to create large applications by writing fewer codes. You can use elements from its huge collection of powerful add-ons and you can add your own elements to it as well. One of the major principles of the Ember framework is stability without stagnation. Ember web apps give you deprecation warnings when a new version is about to be released. This gives you enough time to make your code transfer smooth and secure.

Like many other reactive JavaScript frameworks, Svelte too is a component-based framework but with vital differences.

Firstly, Svelte is a compiler. Using just the basic three languages, HTML, CSS, and JS, Svelte lets you build components with significantly less boilerplate compared to other frameworks. In addition, Svelte works as a framework without a framework. It doesn’t run on the browser. Instead, you can run it as a compiled vanilla JS code. This eliminates the need for virtual DOM and results in exceptionally faster performers. No matter how great the size of the code is, your app literally works as if it has a pre-loaded code.

Secondly, Svelte has an in-built mechanism that identifies unused CSS selectors and helps developers get rid of all the unnecessary code. Developers working on the Svelte framework enjoy flexibility in writing code like no other framework.

Which framework is the best for you?

Different JavaScript frameworks have different pros and cons. A framework that yields good results for one type of project may not be as good for another type of web app. So it’s impossible to label any framework as the best one.

Choosing the right framework for your app depends on the objective your app seeks to serve and the kind of functionalities you are aiming to provide the users with. It’s important to make a savvy choice by weighing the benefits and limitations of all the top javascript frameworks in 2020 in accordance with the objective of your app.

For expert guidance on which framework to choose for your next project, feel free to reach out to us here. 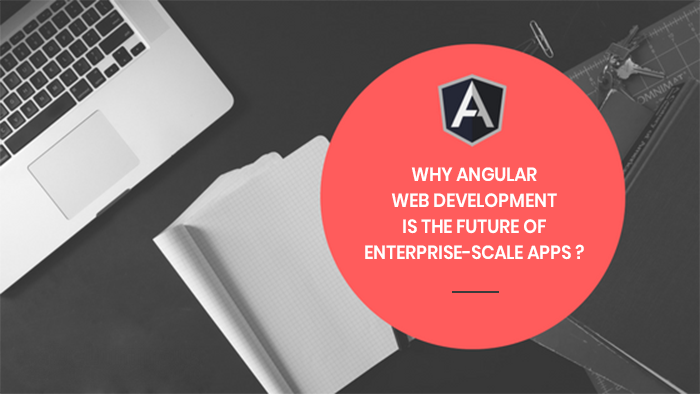 Why is Angular web development the future of enterprise-scale apps?

When it comes to building large-scale web applications, Angular web development is a preferred choice, the regardless of how large you see your app becoming.

Getting Started With SwiftUI

Objective - C is serving Apple platforms for more than 3 decades and it is a very mature language but in 2014 when Apple announced a new programming language “Swift”.