Here is a comprehensive list of all the factors that determine how much your mobile app will cost you.

1. Features of the mobile app

The user experience depends a lot on the features that you decide to include in your mobile app. In turn, the features you prioritize will have a significant bearing on the cost to develop a mobile app.

As a thumb rule, the more features you decide to build, the higher will be the app development budget.

Before you start working on your mobile app development budget, make sure you have complete clarity on the following:

By answering the above-mentioned questions, you will be able to align the features with the

core purpose of your app. Thus, you won’t end up paying more for the features that can be avoided at the present stage.

However, don’t turn too thrifty here. You have to strike the right balance between reducing unnecessary features and keeping the ones that will prove to be essential.

For example, an ambulance app that helps people in locating the nearest ambulance, cannot function properly without a GPS feature.

Based on the complexity of the feature has, we can classify mobile apps broadly as:

These kinds of mobile apps are normally lists or table-based apps with three to four screens and only one primary function. A basic invoice app or a calculator can be classified as a simple mobile app. The mobile app development budget for simple apps is usually around $20,000.

A fairly complex mobile app is an app that stores data on the user's device or on a remote server. The app may require the users to register data, allow them to input and display data, or sync the data between multiple devices.

Such mobile apps require many APIs(application programming interfaces). The more complex APIs required, the higher will be the mobile app development cost.

For example, a weather update app can be considered a dynamic mobile app. The mobile app development budget for complex apps ranges from $120,000 to $190,000, depending upon its feature requirements.

The Amazon app is a great example of a multifunctional mobile app. Such large mobile apps cost at least $230,000.

2. Number of screens in the mobile app

In their endeavor of creating a beautiful app with mesmerizing UI /UX, the designers do not worry about the costs. However, as the one who is going to do all the spending, you must keep a tab on the rising development costs.

As the number of screens increases, so does the cost. Also, many a time, having too many screens just adds to the confusion in the user experience.

As an experienced app development company, we recommend a clean user interface with just enough number of screens to all our clients. Easy navigation is often linked to the higher success of a mobile app.

To avoid overbuilding your mobile application, ensure that the addition of each screen is justified with the functions that the user will actually 'use'. The development hours that go into building each screen also majorly affects the mobile app development budget of your business.

Choosing a mobile app development team is like walking a tight rope. One slight mistake can cause your business to fall flat on the ground.

In order to know the right team for you, you have to know your project well. Scope your project clearly and then draft a concise RFP (Request For Proposal) for software development vendors. This will help you shortlist the right matches for your project.

RFP for Software Development: How To Write an Effective Request For Proposal

How to find the right software development partner

While hiring a software development team, you should

It is a good idea to ask the mobile app development company about the approach that they will be taking and the technologies that they would be applying in building your mobile app.

Ensure that the mobile app development team is well-versed in the technologies in which they plan to build your app.

The location of the mobile app development service providers also plays an important role in determining the cost of your app.

For instance, if your mobile app developers are located in western Europe or North America, then the cost of developing a mobile app with this team would prove to be around three to four times more costly as compared to hiring developers from countries like India.

Finally, always ensure that your mobile app development service provider has a complete team of

Having a complete team ensures that your project is not stalled mid-way due to the unavailability of team members.

4. Security requirements of your mobile app

The present-day mobile apps carry loads of sensitive data and exchange it in real-time. A user's search history, personally identifiable information, and social security numbers are up for grabs if the app security is compromised. Even a small vulnerability in the app's security can put such sensitive information in the wrong hands.

This is why governments all around the world are acting in cohesion and bringing in stricter laws to prevent data theft. The European GDPR (general data protection regulations) act is a prime example of this. A data breach that comes under the purview of GDPR can cost you a fine of up to 10 million euros for up to 2 % of your entire global turnover for the preceding financial year, whichever is higher.

We all remember the infamous Cambridge Analytica scandal of Facebook for which the social media major was fined $5 billion by the FTC. Marriott hotels, another marquee name has had its fair share of data breaches. Hackers stole more than 5 million customer records in March 2020.

In fact, two years before this data breach, another data breach had compromised over 300 million records of the company for which the hotel group was fined $123 million.

Thus, data leaks can prove to be extremely costly not only in financial terms but also in terms of the app’s reputation. Once the trust of your users is broken, it is almost impossible to regain their confidence in your app.

This is why you will have to spend money on safeguarding the privacy of your users. Maintaining a high level of security for your app comes with its own set of costs and you have to estimate its share in your overall mobile app development budget accordingly.

5. Copyright of your mobile app

An app is nothing but an idea and ideas need to be protected in this connected world. Licensing and copyright are crucial aspects that must be taken into account while budgeting for your app.

There have been numerous instances where the mobile app developers have refused to pass on the entire copyrights to the client. Hence, if you are giving your mobile app development to someone else then you must take the following safeguards:

Get a non-disclosure agreement signed

By having the mobile app development service provider sign the non-disclosure agreement, you can talk freely about your Idea without the fear of it being stolen.

An NDA is nothing but a legal contract that ensures that the information you share with your mobile app developers is not shared with other people without your explicit consent.

The copyright should be handed over to you

Understand that your mobile app developers are the first owners of the app from a copyright point of view. Hence it is critical to get them to sign over any copyright to you once the project is finished. Include this important clause in your contract and you can sleep with peace.

Plenty of clones will try to infringe on your trademark and copyrights once it is successful. Thus, ensure that you have the copyright and trademark rights for your mobile app Only then you will be legally entitled to get the clone apps removed from app stores.

So always include the costs of trademark registration in your mobile app development budget. You should be able to protect your app's name and logo via a copyright and trademark ownership.

Normally trademark registrations last for 10 years and you can remove them according to the prevalent laws.

If you are planning to build a native mobile app, then understand that you will have to develop two separate apps to run on android and iOS.

Building two separate apps will cost more as you will have to employ separate developer teams to build these apps. Thus, the decision of whether to build a native app can potentially increase your mobile app development budget by $40,000 to $60,000.

Cross-platform apps are the apps that can run both on iOS as well as Android platforms. Such apps work on the principle of "code once, run everywhere".

The code repeatability aspect of cross-platform apps makes them more cost-effective This is because you do not have to hire separate developer teams to build two separate apps.

However, the quality of these apps is not as good as the native ones. Also, the support and expansion costs can prove to be unpredictable with cross-platform apps. Take these aspects into consideration while determining the budget for your mobile app development.

A PWA is a website that has the look and feel of a native app. Users do not need to install a  PWA on their devices and can access the app through their browser by simply adding it to their home screen.

PWAs can prove to be a good solution if you are trying to go for a cost-effective solution that provides an acceptable user experience.

Apart from the above-mentioned costs, there are certain hidden costs that you need to take care of.

Here is a small list of some of the hidden costs that may affect your mobile app development budget:

While deciding the budget for your mobile app, you should ensure that the above mentioned hidden costs are taken into account. Otherwise, you run a risk of running out of cash.

Technology Stack For Mobile App Development: How To Choose The Right One

With the right technology and industry expertise, we build software products that maximize your ROI. 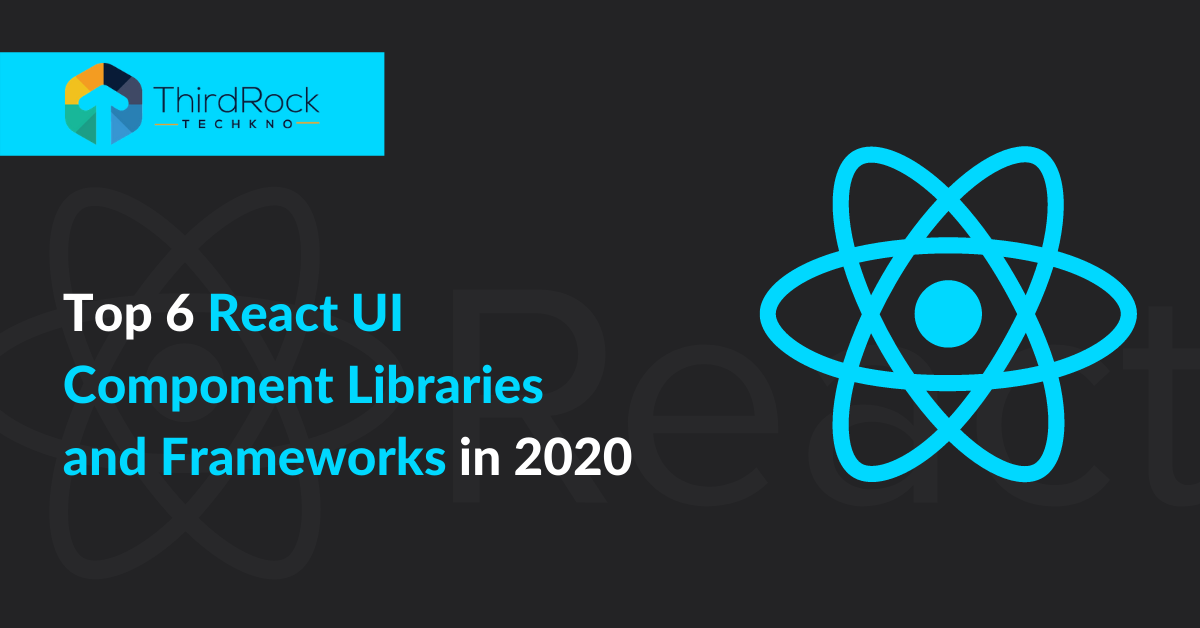 The year 2020 has brought nothing but horror to the world. Honestly, the whole pandemic problem is the stuff straight out of a doomsday dystopian movie. I remember watching ‘Contagion’ and laughing to myself. Well, I guess I didn’t get the last laugh. But do you know what the best thing about being a developer is? When we’re locked down and asked to work from home, we are at our best. It is safe to say that this is probably the only good thing that has come out of the CoVid-19 situation (well, a 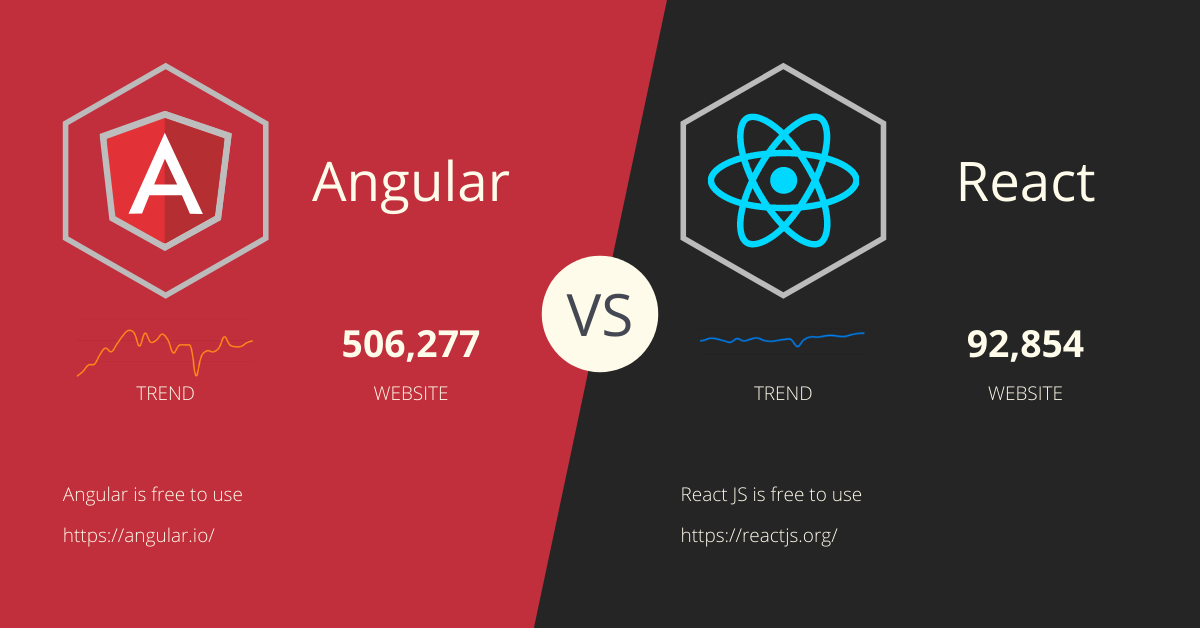 Why Are Developers Planning To Drift Towards React Instead Of Angular?

Technology has a way of evolving continuously. Based on how it keeps changing, user behavior and web based apps too continue to change. Programming languages and tools are most certainly directly affected by these changes. What may be the most popular language today may be a forgotten story tomorrow. Each day, a new enhancement threatens to turn a familiar language or framework archaic and obsolete. While out of the two that we are about to discuss in today’s blog none have been pushed over to t 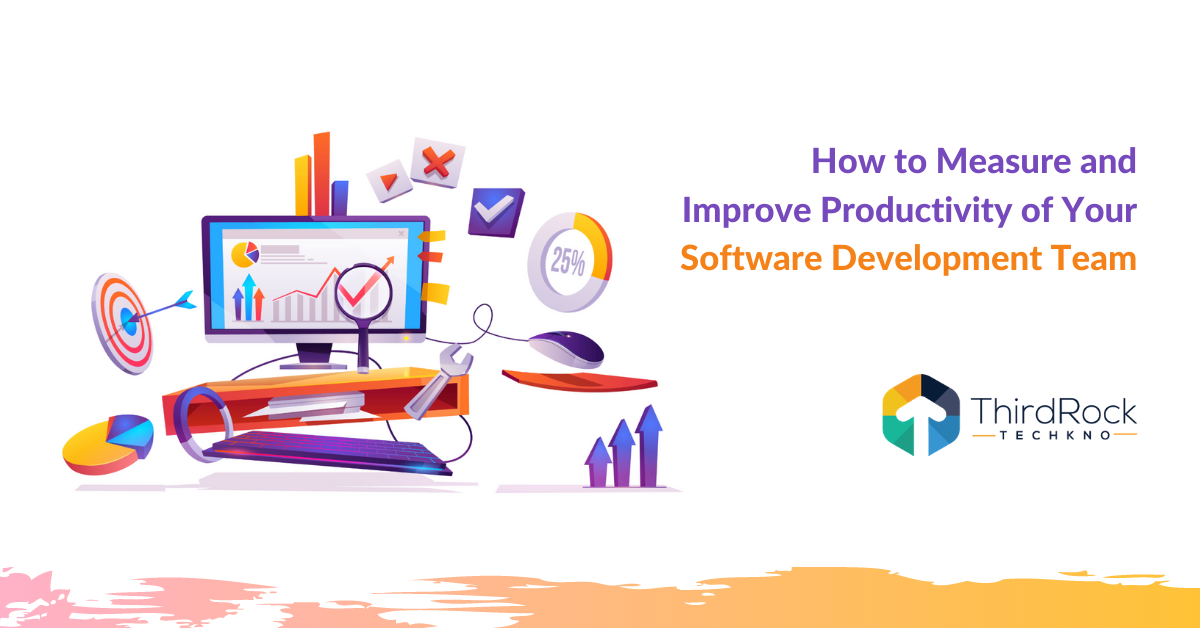