While the old adage goes along the lines of “living in the moment”, humans have a tendency to ignore the present completely to be able to enjoy a more refined and advanced future. Voice User Interface is just another step in that direction. The interaction between humans and machines evolving with every passing year, VUI happens to be the latest innovation in this realm. The tonality of voice based searches has changed drastically over the last few years from ‘Command’ focused to ‘Conversation’ focused. Take Alexa or Siri for example. You can legit have a conversation with them, so much so, that Rajesh Kuthrapalli from The Big Bang Theory actually believed that Siri was his girlfriend. More power to you Rajesh!

Since things in the technological world have been continuously aligned to facilitate the user, machine and human interactions have been the focus of attention for many tech companies. However, the degree of competition being what it is, ensuring that your app has the best VUI has become more complicated than one would hope for it to be. You see, earlier, say, a decade back, asking a device to do something and it performing that task seamlessly while engaging you in conversation and giving you intelligent replies could have been perceived as no short magic. However, the modern consumer is very different from the ones of the yester years. Today, a customer or user will not be satisfied just by getting what they want. It is important for them to enjoy the experience even while their command is being followed.

Well, basically, Voice User Interface enables people to interact and control a computer or their other devices with voice commands rather than images or text commands. One of the first voice user interfaces was called Audrey, a beautiful acronym for Automatic Digital Recognition.

Audrey couldn’t communicate as easily as Siri or Alexa does, but it sure could recognize a string of digits spoken to it. But we’ve come a long way since then and today, the whole point of working towards VUI is to ensure that users can interact with devices and expect intelligent answers.

There is no doubt about the fact that using voice commands is a far more intuitive and natural process as compared to tapping away at the keyboard. However, there are a set of problems that are a part of VUI development.

a)      Since voice commands are an invisible interface, it doesn’t provide a reference point to the users which they can revisit in case they need to.

b)      There isn’t much in terms of navigation to support the user.

c)      The answers or let’s call it interaction that the user receives from the device is also verbal in nature thereby, difficult to document.

d)      Graphic user interfaces have been around for very long, making users extremely comfortable with it. Introducing VUI at some degree forces the user to unlearn what they know and learn a whole new dimension to user interface.

You know, when you read these points, they may not seem like major distinctions that can put a chink in the armor of VUI development, but they have major ramifications to the way that people accept VUI across various apps.

There are, however, many reasons that propel the idea of voice user interface:

a)      Speaking to a device in a conversational style is a lot easier than typing away at a keyboard.

c)      The user experience is a lot more seamless and fulfilling.

The more we talk about VUI, the more people start operating under the assumption that human to device interaction should be in the same flow as it is between two humans. However, that is not the truth. The way two people interact should become the founding idea to create VUIs, however, assuming that a device will perform exactly the way a human response is, would only make it difficult for developers to create a flawless interface.

4 things to bear in mind while developing VUI

Technological development essentially hinges on solving problems. The entire premise of creating better and advanced technology is to make sure that using gadgets and devices is a lot easier and more enjoyable for the users.

Therefore, when you set out to work on VUI, there are 4 questions that you must ask yourself:

b)      What is the amount of information that you expect for the user and the device to exchange?

c)      How far apart, physically, do you thing the user and the device will be? For smart phones, the distance will be a lot lesser than for voice assistants such as Alexa.

d)      What is the tonality of conversation you expect between the device and the User?

Once you answer these questions, you and your team will be able to create the best VUI for your apps and for those that you develop for your clients.

This is a no brainer. I guess, the first step to building any kind of product (in this case a technological enhancement) is to first identify your target user. That is the only way that you can achieve seamless user experience. You have to be able to identify the human people (I say human, because for the most part, developers get too engaged with their aspirations of development that they forget who they are building for).

When using your software, there will be multiple personas or categories that you can put your users into. Each type of persona will have a different way of interacting with their devices and a different level of expectation from it.

So, let’s say for example, you will have a set of users who only use voice commands for limited purposes, while there will also be a group of users who rely very heavily on voice commands for just about everything that your app is capable of. Therefore, you have to ensure that you are well aware of these personas and cater to all their expectations.

2.   Create a Command and Response Flow

Creating a sample of the flow of user command and device response goes a long way in establishing exactly what you are trying to achieve. The ideal way to do it is to create a bunch of scenarios and thereby diagram a flow that you would want to achieve in that flow.

Say, for example, your end user wishes to place an order for a box of chocolate chip cookies (yum!). The flow should be like this:

3.   Choosing the Right Tool for VUI

Building an interactive framework is really important when it comes to VUI. While there are many tools to work with, choosing just the right one for your prototype is of extreme significance. As a project manager or someone in charge of the development phase, try not to call all the shots. Rally your team to do their own independent research with respect to the tools that they’d like to work with and why. Then you can have a stand up meeting to discuss all the pros and cons.

Once again, focus on the users and their personas. It is important that the wireframe that you build is interactive and works in the direction of satisfying every kind of user. The most popular tools that developers swear by these days are:

No one is flawless. A certain degree of error in your VUI is expected. However, the way you handle these errors is what makes the user experience great. Create an error handling strategy which is transparent. Users don’t like to be kept in the dark about what’s going on with the app. Make sure that the response of the device guides the user to exactly what needs to be done to generate a better response. It may also help to create a particular sound notification before announcing errors so that the user is aware of what is to be expected.

What does the Future Hold?

Predicting the future of any kind of technology today is extremely difficult. Now, people keep talking about how fast technology is developing, how many strides digital development is taking every day, but that is not the only reason that making assumptions has gotten tougher in the present times.

The biggest reason for an uncertain future when it comes to the various digital platforms is rooted in the fact that the modern consumer continuously wants more. Not too different from a clingy partner, the modern user is just not satisfied. When they have everything that they set out for, they want all of it and a little more, and when the demands of that list are fulfilled, they create a new list.

Voice User Interface as we know it will too morph into something very sophisticated, sooner than later. With whatever data we have as of now, it is safe to say that Voice User Interface and Visual User Interface will be used together a lot more frequently to overcome each other’s shortcomings and ultimately deliver an even more seamless user experience. I guess, in another couple of years, we can all ask Jarvis to ready our cars! 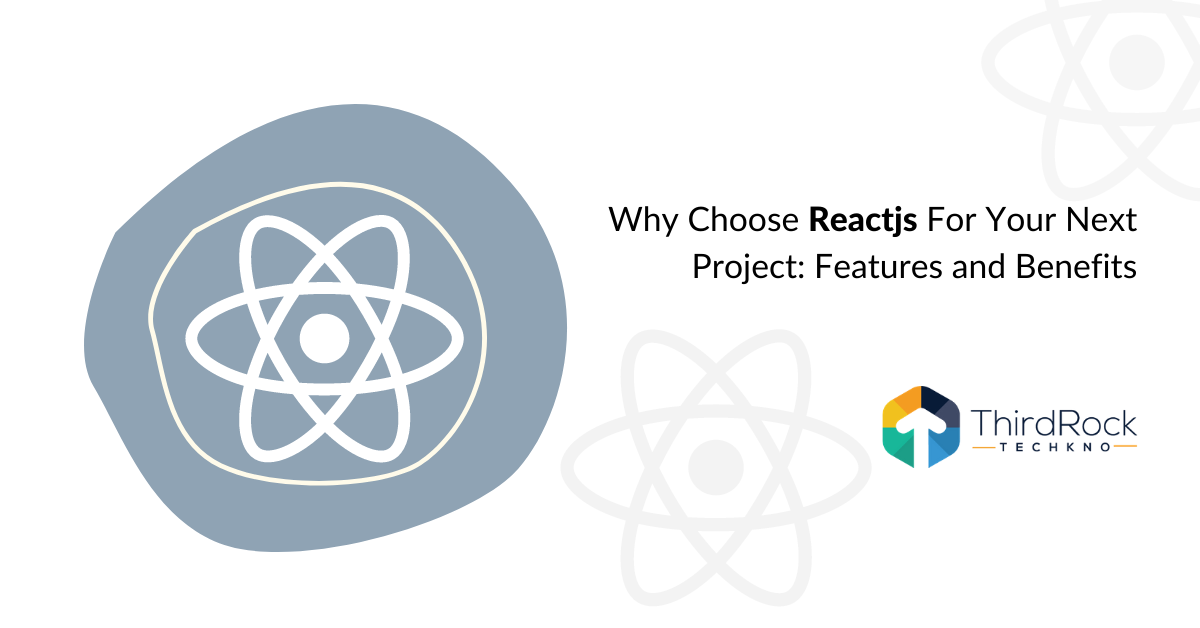 Why Choose Reactjs For Your Next Project: Features and Benefits

To ease the process of web development, there are a plethora of extremely useful front end frameworks [https://www.thirdrocktechkno.com/blog/top-front-end-javascript-frameworks-to-use-in-2020/] available today. Despite not being a full-fledged framework, Reactjs has been widely used by a majority of development companies. What has led to such unparalleled popularity and success of Reactjs? In this blog, we enumerate the key features of Reactjs and describe what are the benefits of using Reactjs 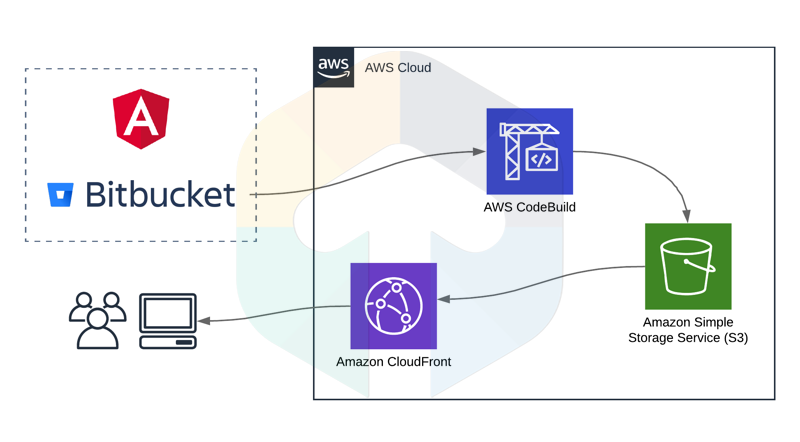 Nowadays we need everything to be automated. So whenever we speak automation, the first impression is that everybody says about CI/CD. Now the Questions is What they are and How they work. I will just go through a little reference for the both of it for the people who are new to this Topic CI i.e Continuous Integrations It is a process for continuously building and testing software using an automated process. CD i.e Continuous Deployment. It is a process for automatically deploying new softwa 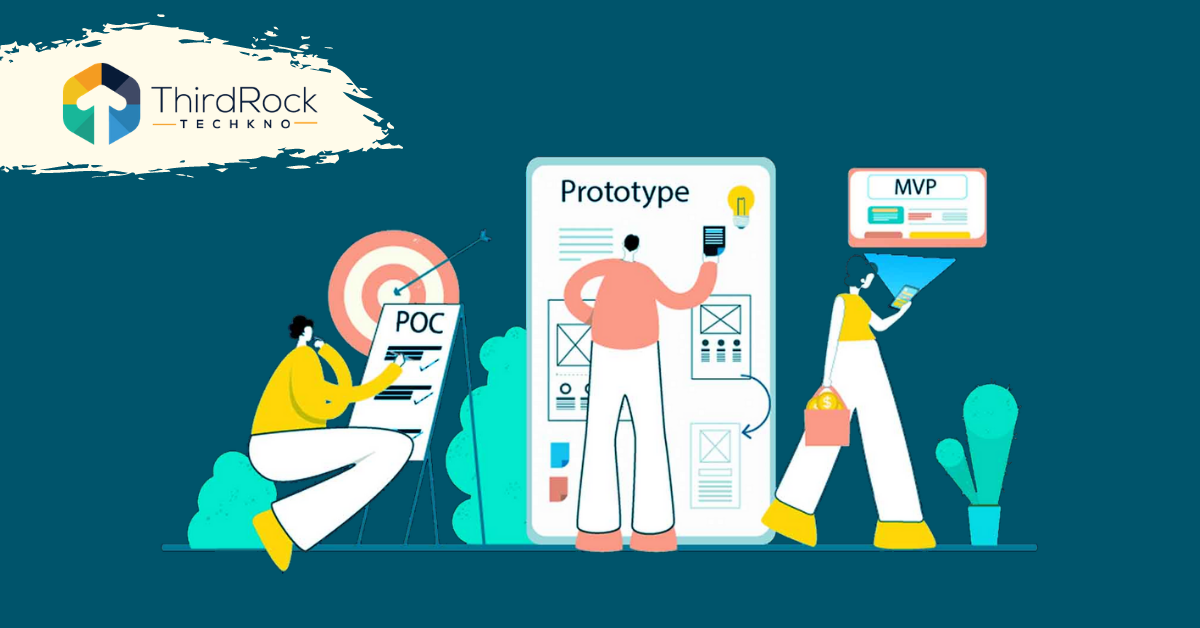